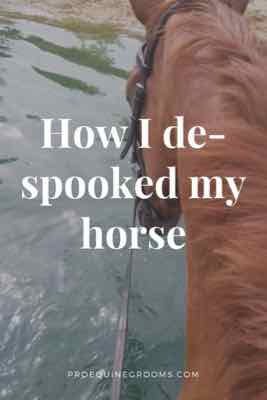 How I clicked the spook out of my horse. Mostly.

Comet, the red-headed devil that adorns many of this website’s articles, is a giant hot-headed maniac. Well, at least he used to be.

Many BNT’s suggested I ride harder.

I found a book, You Can Train Your Horse to do Anything, by Shawna and Vinton Karrash. 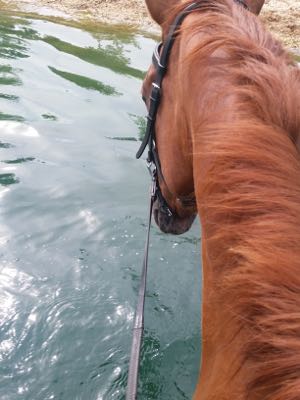 This is Comet and me swimming last summer, years ago the mere thought of stepping in water would send him into a panic.

It was inevitable that one day he would freak out when I was walking him or taking him for a trail ride. And he did. 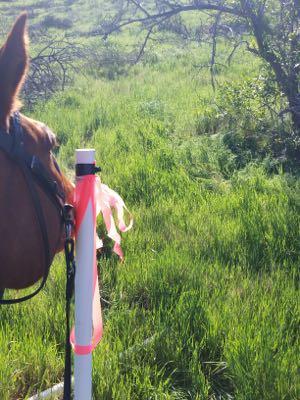 This weird pole with flappy orange strings was no match for the targeting horse!

I stopped using the clicker, but you should see his face if I find it at the bottom of my grooming bin and give it a click. 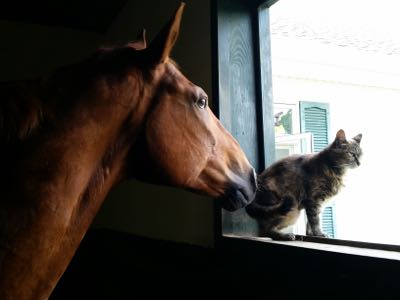 The once terrifying, horse-eating cats of the world are now something that Comet can “target”.

If you are interested in picking up a wonderful book and helping out my affiliate program because then I can keep this boat afloat, check out the book on “clicker training”. As an Amazon Associate, I earn from qualifying purchases, this comes at no additional cost to you!