The best way to deworm your horse!

Why fecal egg counts and targeted deworming are best instead of rotational deworming. 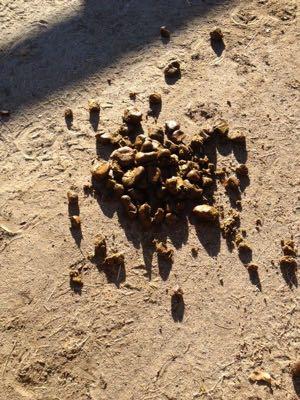 A fecal egg count test is easy! A sample of your horse’s manure is collected and send via mail for testing. The lab does the rest! Always work with your veterinarian when creating a fecal testing and deworming program for your horse, it’s typically in the spring and the fall.

Lots of dewormers create lots of confusion. Your vet and some fecal egg counts can make things easier to manage.

Pick wisely, with the help of your vet!

Fecal egg counts are not intended to replace deworming but should be a guide to indicate when to deworm and which horses to deworm.

When you follow a rotational program without fecal egg tests, you are shooting in the dark.

Time to stop rotational deworming and stick to the fecal egg count!

Go shopping here for your horse supplies. As an Amazon Associate, I earn from qualifying purchases, which are not a penny more for you. I couldn’t be more grateful for your support!

You can actually do a mail order fecal egg count.