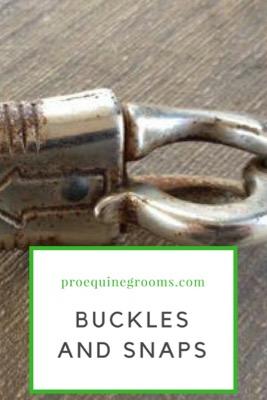 The best buckles and snaps to use around horses!

Buckles and straps are everywhere at the barn, they hold water buckets up, halters on, and blankets snug. Is there a wrong type of buckle or snap? YES 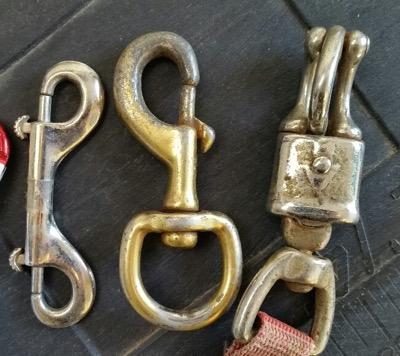 When it comes to bucket hanging, those snap openings better face the wall! 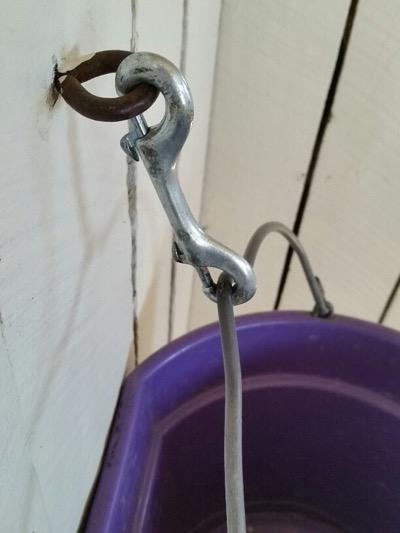 This is the ONLY way to hang a bucket with double-ended snaps.

For cross ties, you have tons of options.

My least fave cross tie buckles – impossible to release if your horse is freaking out and pulling back.

This particular style below is the only one I suggest using in the cross ties. Called a panic snap quick release, they are the safest for use around horses.

Quick-release. Pull down on the middle section and your horse is free. Some also will release on their own with pressure. These work because you can release them even if your horse is pulling back and freaking out.

I’ll also add that in the cross ties, I prefer to use a safety mechanism like an Equi-Ping or some string/twine to attach the cross ties to the wall. 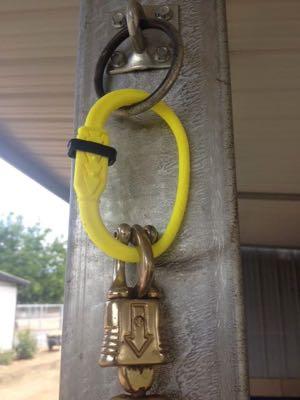 My preference for the cross ties set up – wall, safety mechanism of some sort, quick release. On the wall and on the halter end of things.

If you want to invest in some of the Equi-Pings or panic snaps as shown above. As an Amazon Associate, I earn from qualifying purchases, with no extra cost to you, yeah! Possible commission for me, yeah! Thank you for your support.