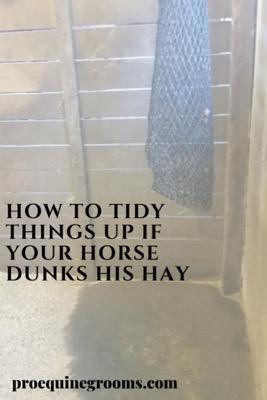 Hay dunking is not necessarily a bad habit.

How convenient for your horse – a designated hay dunking bucket next to his hay. Easier to rinse this than most watering systems.

How to clean up after the hay dunker 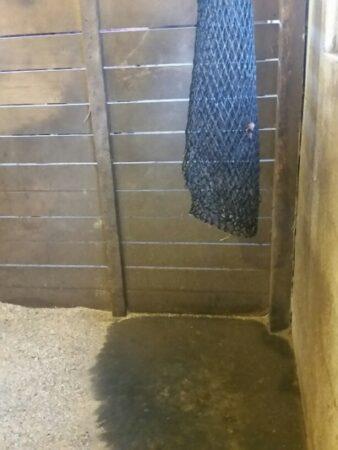 This hay dunking horse has his hay pre-soaked. Most water is drained out before it’s hung, but the clear mat below makes for easy cleanup and no wet shavings.

What ideas do you have to make your dunker’s area cleaner?