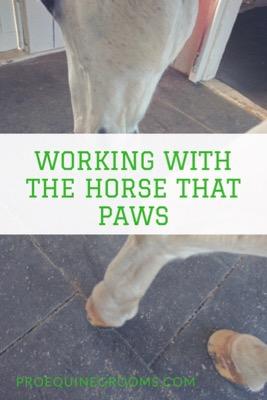 Working with the horse that paws!

When horses paw their hooves in the stalls or cross ties, two things come to mind for me. One, I’m going to go insane. And two, that horse is doing a good job of training humans.  Time to flip the narrative if you want to work with the horse that paws.

Pawing in the cross-ties

How to deal with a horse that paws 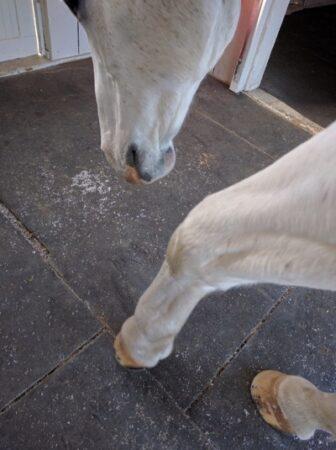 Replace pawing with another behavior

There is certainly no situation that works for everyone in terms of how to deter pawing behavior. This worked for me, and changed the role of “trainer” and “trainee” back into proper balance.

The book I refer to was an absolute game changer for me. I applied the same techniques to pawing as I did to spooking. You can pick up a copy here. As an Amazon Associate, I earn from qualifying purchases, but there is NO extra charge to you and I thank you!